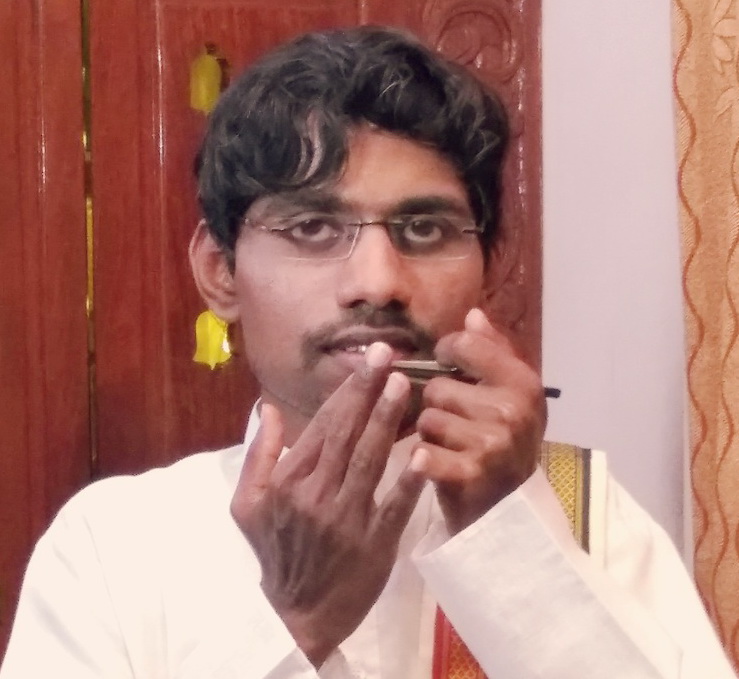 Chidananda is a young percussion artist who is well versed in playing Morching. He was born in Bangalore on 19 November 1991. He is a M.tech graduate in electronics & communication engineering, and he is working as a lecturer at K.S.I.T.

He was initiated to learn Mridangam under the tutelage of Vid. R. Sathyakumar at Sri Ayyanar College of Music. Thereafter he started learning Morching under the guidance of Vid. G. Guruprasanna. Now he is also having advanced training under Vid. Anoor R. Ananthakrishna Sharma.

Started at the age of 18 as a performing Morching artist, Chidananda is regularly accompanying many senior and young upcoming artists.

Chidananda is a prize winner for Morching in All India Radio National level competitions – 2011. He is a ‘BHIGH’ grade artist of the All India Radio.

With a great interest on the Morching instrument he has also presented special seminars and has written few articles on the Morching. He joined the IJHS Board in December 2020.