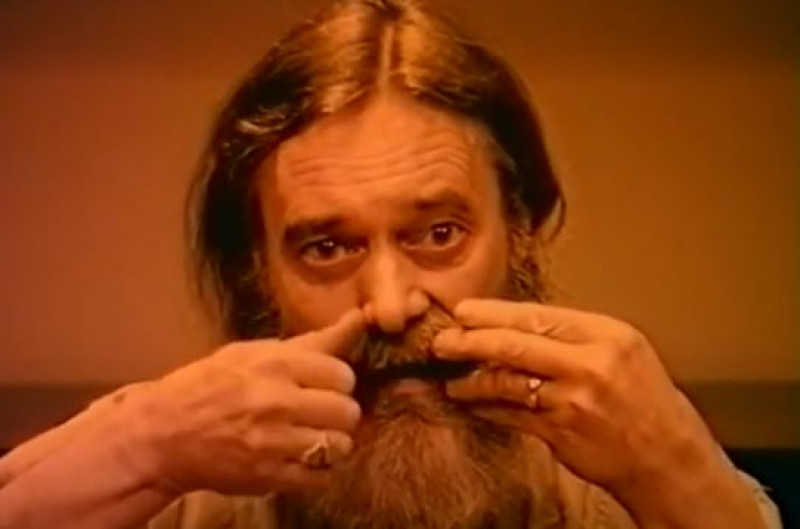 John Wright (1939-2013) was a great jews harp player, who was guest of honour at the Jews Harp Festival in Middelburg, The Netherlands in 1994.

He performed with his live companion Catherine Perrier (vocals). The festival was organised by Phons Bakx, famous jews harper from Middelburg, The Netherlands.

The video recording of John Wright’s 1994 concert at the Mondharpe Festival held in Middelburg, The Netherlands, is unique. The family has relatively few videos of John, all being of individual performances, so to have this complete concert is very important, and we thank Niek Edeling for sharing this recording, which Catherine Perrier describes as very impressive.

For John what is very apparent is that he did not see himself as a jews-harp player, but as a musician whose musical instrument was a jews-harp, and this concert shows that. While it displays his mastery of the instrument, its many performance opportunities, subtleties and possibilities are explored throughout.

The first piece is long, beginning with an exploration of what appear to be random sounds, only for the logic of those sounds to become apparent when he starts to sing. There then follows what he was noted particularly for when he plays an Irish reel, where triples abound. Jigs, dances and songs follow before he is joined by his wife, Catherine Perrier, for him to accompany her with a song they often did at concerts together. This is particularly poignant as it is, as far as Catherine’s is aware, the only time they were videoed performing it. The final piece is a homage to one of the great Scottish players, Angus Lawrie from Oban in Scotland.

There are a few introductions, including his thoughts as to why the name “Jews-Harp”, which was as good an idea at the time as any other, though more recent evidence discounts it.

The family hope you will appreciate the video as much as we do.