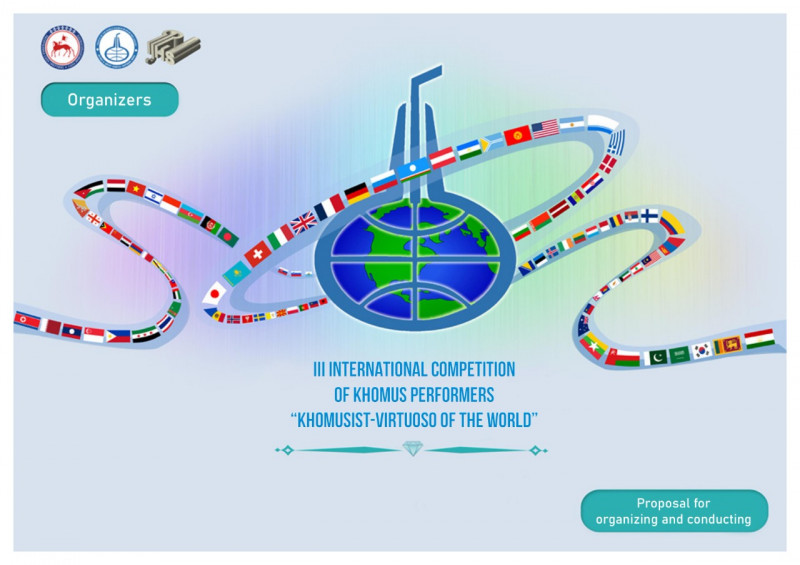 The international jew’s harp performers competition will be held in Yakutsk, Republic of Sakha-Yakutia from 16-17 June 2022.

More than 40 participants from 14 countries and 11 regions of Russia are to take part in the III International competition-festival of jew’s harp (khomus/vargan) players "World Virtuoso Khomusist".

The international competition of performers on the jew’s harp "World Virtuoso Khomusist" has a long history. It took place only twice in Yakutsk during the International Jew’s Harp Congress-Festivals in 1991 and 2011.

According to the results of the two previous competitions, 18 performers, representatives of Russia (Yakutia, Tyva, Bashkortostan) and foreign countries (Kyrgyzstan, Japan, France, Norway, Austria, USA) were awarded the title of "World Virtuoso Khomusist".

The third international competition is funded by various sources and organized by the Government and the Ministry of Culture and Spiritual Development of the Republic of Sakha (Yakutia), by the Museum and the Khomus Center of the Peoples of the World in Yakutsk and by the International Jew’s Harp Society.

Purpose: preservation, adaptation, and development of traditional styles of performance on the jew’s harp of different cultures in modern conditions, as well as motivation for the growth of performance skills and popularization of jew’s harp  music all over the world.

Performers over the age of 25 were allowed to participate. Up to nine winners, who will be determined by an international jury of Yakutian and international members, will be awarded the prestigious title of "World Virtuoso Khomusist". They will be awarded diplomas and silver medals with the inscription of the title, as well as a cash prize of 50,000 rubles.

During the days of the competition, a massive flash mob of playing khomus (performance) will be held with the participation of municipal districts to cover the entire republic. The spectacular event will be broadcast on the NVK Sakha channel online. A gala concert of the winners of the competition-festival will be held on June 17 at the P.A. Oyunsky Sakha Academic Theater.