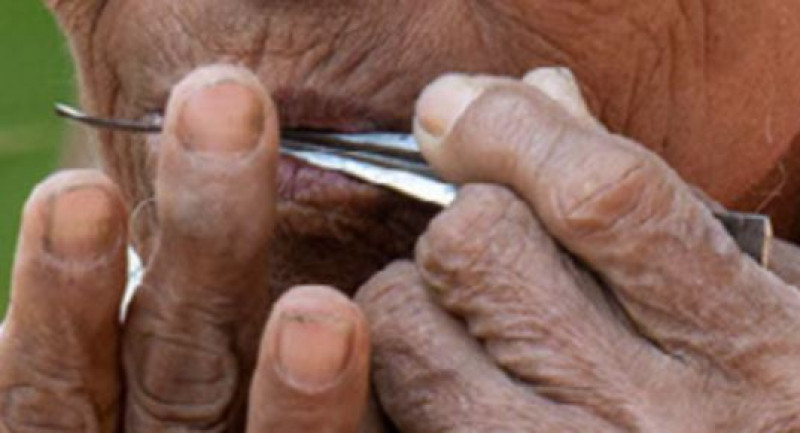 Multimedia webpage created by Catherine Grant and her team about the Cambodian jew's jarp, an outcome of her project funded by the British Museum's Endangered Material Knowledge Programme.

A new documentary is freely available about the Cambodian Jew's Harp, Angkuoch. The devastating Khmer Rouge era in the 1970s, along with major social and cultural shifts of recent decades, mean that only a handful of people still know how to make and play Angkuoch.

The 17-minute documentary is an outcome of a project supported by the Endangered Material Knowledge Program of the British Museum (UK) and by UNESCO (Cambodia), led by a team of Cambodian and Australian researchers. In January 2020 the team documented Angkuoch and Angkuoch-making in Siem Reap Province in northern Cambodia.

The film shows the making process for iron and bamboo angkuoch, and interviews with makers of bamboo and iron Angkuoch. It features the only known living maker of the iron Angkuoch, 78-year-old BIN Song, who hadn't make an instrument for over 50 years before this project. The video also recounts how the research team identified the likely maker of the only angkuoch in the British Museum collection, an instrument donated in 1966; it includes interviews with family members of this maker, MONG Koeuy.